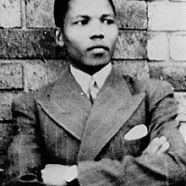 Posted by Marcello Di Cintio on December 6, 2013 in Uncategorized | Leave a comment 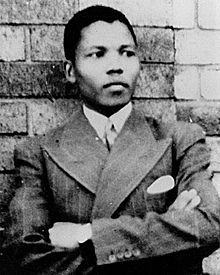 As I’ve mentioned elsewhere on this blog, when I was last in Palestine I visited the Prisoners’ Library in Nablus. The library holds a collection of books from two now-shuttered Israeli prison libraries. The books were read by Palestinian inmates during the 1970s and 80s and provide a fascinating glimpse into what was on the minds of Palestinian political prisoners of the First Intifada.

A large number of books discussed Marxism and socialist economics. Many of the Palestinian independence groups active during th First Intifada found inspiration in left-wing ideology. Other books described the plight of subjugated people elsewhere in the world and their own struggles. The Palestinians felt a solidarity with their co-oppressed and sought inspiration and lessons from their histories. I found a historical account of American’s destruction of its Native Peoples, for example, and a workbook dedicated to the study of the Namibian independence movement.

I found, too, a tattered book of songs about Nelson Mandela, himself a prisoner in Robin Island at the time. The book contained both English and Arabic translations, and someone had handwritten diacritical marks in pencil over the Arabic lyrics. The notation indicated how to properly pronounce and enunciate. This was evidence that prisoners did not simply read the words – they sung them aloud. I imagined a group of Palestinians, standing in their prison clothes, singing songs for a fellow political prisoner in a distant African cell.

After his release from that cell, Mandela returned the favour. During his first trip to Israel in 1999, Mandela said to Israel’s Foreign Ministry,”Talk of peace will remain hollow if Israel continues to occupy Arab territories. I understand completely well why Israel occupies these lands. There was a war. But if there is going to be peace, there must be complete withdrawal from all of these areas.”

For the rest of his life, Mandela considered the Palestinian struggle to be the continuation of his own fight against apartheid. In 1997, he said “We know too well that our freedom is incomplete without the freedom of the Palestinians.”

This is how I will remember him.