Posted by Marcello Di Cintio on April 23, 2013 in Uncategorized | 5 Comments 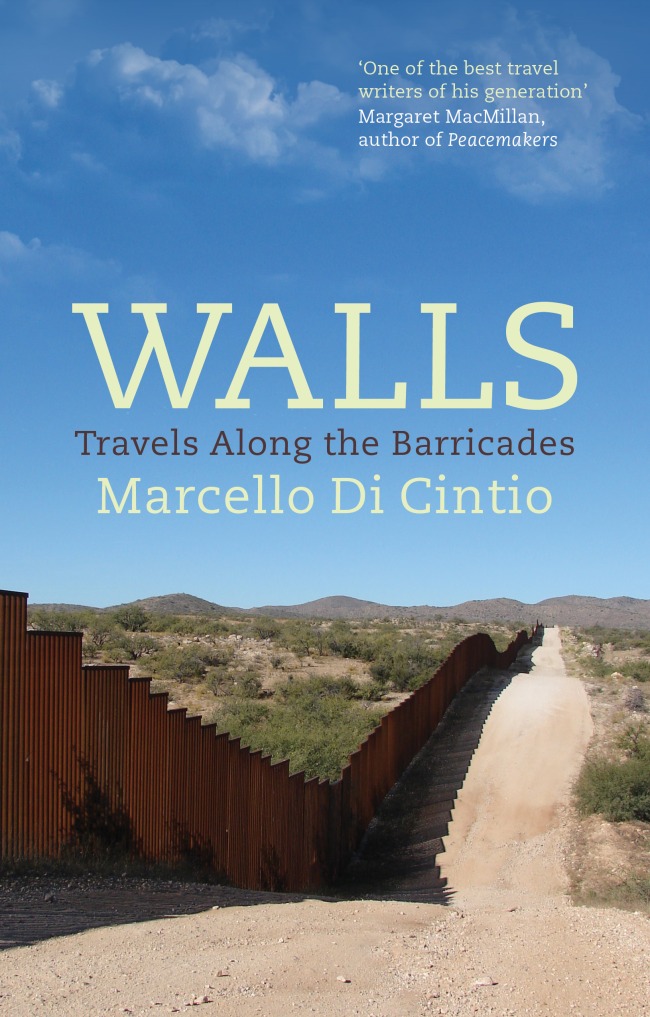 Appearing in July across the Atlantic, and priced in pounds sterling, here is the U.K. cover for Walls: Travels Along the Barricades. The people at Union Books did a great job.

I find it interesting that in spite of the fact that my book covers eight walls around the world, the designers of all three covers decided to go with an image of the US-Mexico border. There is something appealing about its harsh aesthetic, I suppose. Also, as I mentioned in a previous post, I requested the designers not use an image of the West Bank Wall in Palestine. Nearly every book written about the Israeli-Palestinian conflict in the the few years has featured the wall on its cover, and I wanted my book to look a little different.