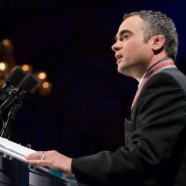 Posted by Marcello Di Cintio on March 8, 2013 in Uncategorized | Leave a comment 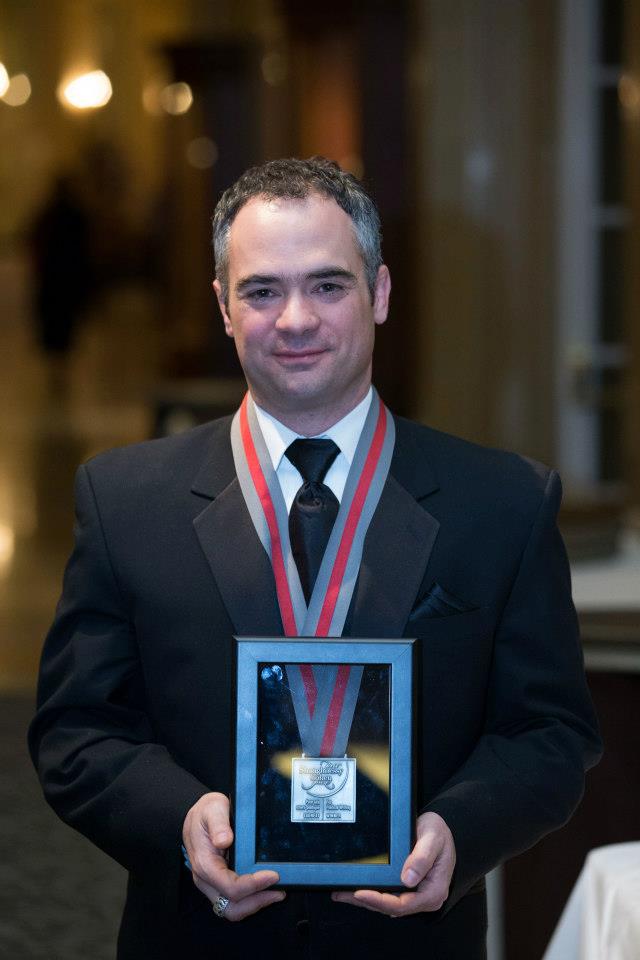 On Wednesday night, at the ‘Politics and the Pen’ gala in Ottawa, Walls: Travels Along the Barricades was awarded the Shaughnessy Cohen Prize for Political Writing. I cannot express how honoured I am to be chosen for the prize.

Admittedly, I had no idea what being nominated for the prize actually entailed. My fellow finalists and I were put up at the Fairmont Chateau Laurier. On the day of the gala, we were given a tour of the Parliament Buildings, the House of Commons and the Library of Parliament where we all signed copies of our nominated books for the library’s collection. Then we had lunch with Andrew Scheer, Speaker of the House.

Near the end of the meal, Joan Crockatt, my own Member of Parliament, appeared to congratulate me on my nomination and take a photo of me for her website. I suspect Ms. Crockatt does not know that I worked very hard against her election a few months back. (And I suspect she wouldn’t care much). I stood next to her, smiling, as Moonira took a photo of us with Crockatt’s Blackberry, I thought how much I’d rather be standing next to Chris Turner.

After lunch, the nominees attended Question Period where the assembled MPs took a break from pounding their chests to stand and recognize us by pounding their desks. Then it was back to the hotel to iron my tuxedo shirt and help Moonira wrap herself in her sari before the gala began.

The annual Politics and the Pen Gala has grown into one of the most important events on the Ottawa social calendar, and is a huge fundraiser for the Writer’s Trust. The event sold out all 500 seats this year and raised over $300-thousand. Guests included members of Ottawa’s political and cultural elite, including writers, politicians, journalists and other members of Canada’s literary scene. The room was crowded and loud. I was honoured to be among the frocked and tuxedoed masses, but terribly nervous. Moonira, beautiful in her sari, remained utterly charming. I suspect the four glasses of champagne she downed before dinner helped her to relax.

The night’s proceedings were co-hosted by Mark Carney, soon-to-be-ex-Governor of the Bank of Canada, and Minister of Foreign Affairs, John Baird. I have great respect for the former, much less for the latter. Still, both men were affable hosts and I found myself smiling at Baird in spite of myself. 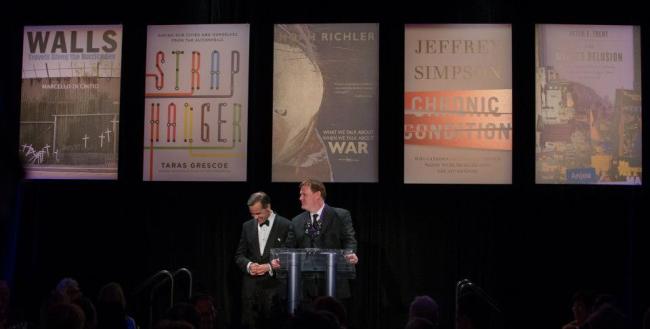 A video was shown for each of the nominated books. Here was mine:

Then the award was announced. I walked on stage, shook Baird and Carney’s hand, and made my speech. I had something prepared, but read very little of it. I thanked all the relevant people: the jury, my wife, my publisher, my agent. I also gave a shout out to Calgary, and to Calgarians, for the support they have always shown my work. I am very luck and proud to be a writer from Calgary, and I wanted the assemblage of eastern elites to know that. 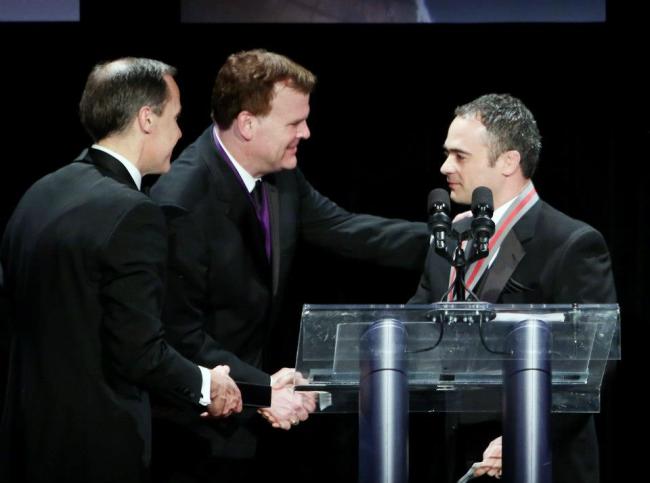 Lastly, I spoke a little about how writing Walls showed me that while it is easy for those of us in Canada to see the barricades as symbols and representations, for the people who live in their shadows the walls are actually walls. Physical obstructions that affect their daily life. And I told the audience that there is a lesson there for our current leaders. I said that our government needs to understand that the decisions they make in their plush offices have real effects on real people. I reminded them that the world outside our borders is not composed of nation states or other abstractions, but of human societies. I hope Baird and company heard what I was saying. 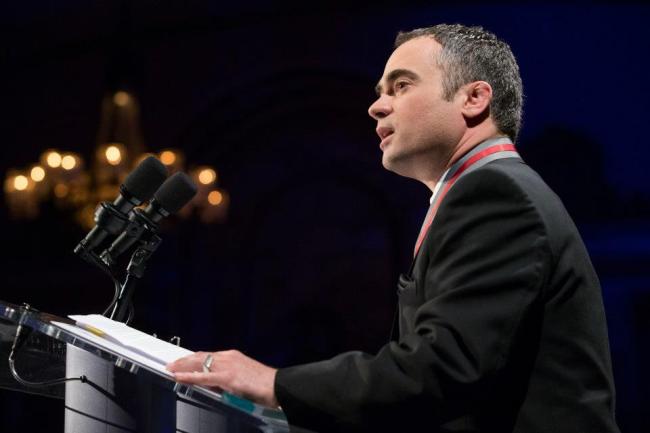 (Thank you to the Writer’s Trust for taking these photos.)

← Walls, the American edition Thoughts on a Persian New Year →