Home » Uncategorized » Why I Voted for Chris Turner

Why I Voted for Chris Turner

Posted by Marcello Di Cintio on November 19, 2012 in Uncategorized | 2 Comments

Last weekend, at an advance poll, I cast a ballot in the Calgary Centre federal by-election. I voted for Chris Turner of the Green Party. I want to tell you why.

I was born in Calgary. It is the only city I’ve ever lived in and the only home I know. Not long ago, however, I felt I’d had enough of the place. Calgary’s blind devotion to Conservative politics, the boastful booms, and ruthless self-interest weighed so heavily on me that I was ready to flee. I didn’t know where I wanted to go. I just knew that home did not feel like home anymore. My own circle of friends shared my politics, but I didn’t believe that there were enough of us to make a difference.

Then we elected Naheed Nenshi. For me, Nenshi’s victory represented not just the rare occurrence of having someone I cast a ballot for actually win – for progressive Calgarians, this is like seeing Halley’s Comet – but proved to me that I was wrong about Calgary. There were enough of us to make a difference. Calgary had finally assembled the critical mass of forward-thinking citizens necessary to elect a candidate based on ideas. We proved to the rest of the country that Calgarians are more than they thought we were – maybe more than we thought ourselves to be.

Chris Turner represents Calgary’s newest opportunity to look forward. He, too, is a man of ideas. Few Canadians possess Turner’s understanding of environmental sustainability issues. He’s spent the bulk of the last decade traveling the world to seek out examples of how governments of all levels can build more sustainable communities. Turner’s message is one of hope and possibility. Turner is no ideologue, but an informed pragmatist.

This is why I voted for him, but it is not the only reason.

I voted for Turner because I want the federal Conservatives to understand that they do not represent me. I want the Harperites to know that they cannot take Calgarians for granted, that the city is a crucible for new ideas rather than a vat of blind party loyalty, and that we refuse to send another backbench dud to Ottawa just because she’s been branded with a capital ‘C.’ I voted for Turner because I am weary of cynical party politics, and because I’m weary of cynicism altogether.

I voted for Turner because nothing pleases me more than hearing the bewildered national media ask “What the hell is going on in Calgary?” And I can’t wait for Turner to tell them that this is Calgary’s moment. This is our turn to pilot the engine of change and ideas in this country. That Calgarians are inspired by the notion of a better Canada. 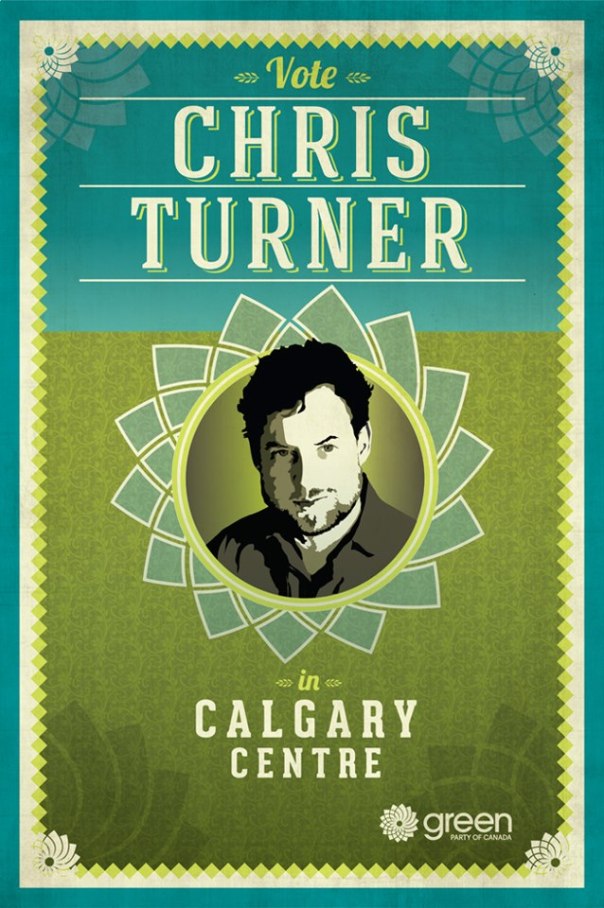