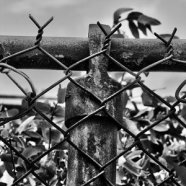 “The Great Wall of Montreal”

Posted by Marcello Di Cintio on November 21, 2011 in Uncategorized | Leave a comment 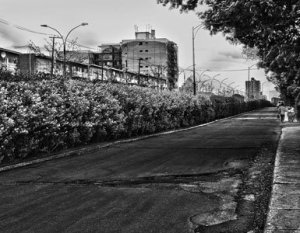 The current issue of Geist features my essay about the l’Acadie fence that stands between Montreal’s Parc-Extension neighborhood and the Town of Mount Royal. TMR erected the fence in 1960 to protect the Town’s children from traffic on  the newly extended Boulevard l’Acadie. But since the fence stood between wealthy TMR and the working class immigrant neighborhood of Park X, the fence quickly became a hated and enduring symbol of class division. More than half a century later, the fence still raises the ire of Montrealers, especially those on the ‘wrong side’ of the fence.

Anger over the barrier seethed hottest in Parc-Extension, where residents believed the fence had been built to keep them out. “A lot of people were incensed,” Nick Semeniuk told me in his home on the east side of boulevard de l’Acadie. The house, which used to belong to his mother, faces directly across l’Acadie, and Nick was living there when the fence first went up. “I was quite mad, too. They wanted to keep out the riff-raff.” For Nick, the fence expressed in galvanized mesh a rivalry that always smoldered between the Parc-X boys and the “Townies” on the other side. Not outright warfare—Montreal is no Belfast—but the rather more benign enmity of teenagers from opposite sides of an economic line. Neighbourhood toughs from TMR hung out at the corner store near Nick’s mother’s house and picked fights with the local boys, and Parc-X kids felt unwelcome in TMR. “You couldn’t go to their parks. They would chase you out and say ‘You’re from Parc-X and you don’t belong here,’” Nick said. “So we beat them up.”

Thanks to Geist for once again making my photos look better than they actually are. The magazine can be found on newsstands around Canada.

You can read the story here. 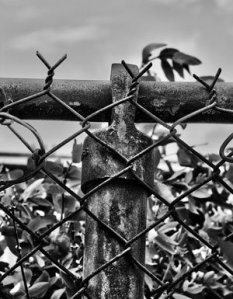